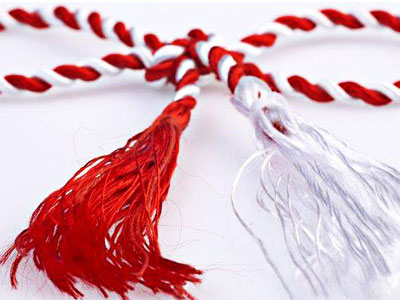 In the ethnographic area of Botosani, March 1st is the holiday called „Martisor”, whose name was influenced by the name of March – its ancient names were Dochia and Dragobete (I. Ghinoiu). This fact is also documented by Elena Niculiţă-Voronca, who refers directly to the Botosani area (Datini III, page 741) “Dochia is the first day of spring. On Dochia day Martisor is made.”
Mărţişor – a gift for 1st of March, was originally made of two black and white wool threads, twisted into a cord – “the year rope,” which blended the days, weeks and months of the two seasons, while these two colors symbolized winter and summer, the opposition between heat and cold, dark and light. This is for sure a Dochia tradition – says ethnologist Ion Ghinoiu. Legends about Dochia highlight that Romanians had always structured the year in an eternal alternance of opposites. 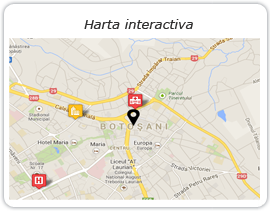